As part of their new Life of the Party series, Salon did a great interview with the recently elected Democratic governor of Montana.

Yep, he won in 2004 – as a Democrat running for governor in a state where Bush beat Kerry by a whiz-bang of a landslide, 20 points. How the hell did he do that?! With some common sense, a great attitude, and a shrewd understanding of what my dad calls “the folks out there.” 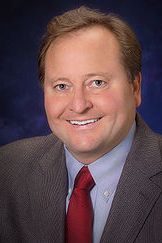 I think this guy gets a lot of things exactly right. For example, it doesn’t make sense for New York City to have the same gun laws as rural parts of the west. In NYC, having a gun is practically suicidal; in rural Montana (or west Texas, for that matter), you take a gun with you when you’re going to walk the fenceline in case you run into a snake. And you don’t get anywhere with people for whom that’s a way of life by telling them they’re a short step away from being gang members.

I also love that he’s humble – he gets asked how to repeat his success in a national campaign, and he openly says he wouldn’t have a clue. He may be the only person in professional politics who doesn’t want to look like he knows more than he does – he ain’t angling for a talking head spot on CNN. I find this charming.

There are other things I like, but the best thing, I think, is his regular guy-ness and his attitude about it. He’s exactly right that the best things a politician can do are to stand for something, have a plan; and to act like you care. Part of what baffles Ds about Bush’s appeal is that even when people disagree with him, they’re often still willing to vote for him. This makes us stomp and sputter and scream. But what we’ve got to understand is something I learned as a government major. Some of the best research in poli sci and political communication tells us that nowadays, people don’t necessarily vote on the issues; instead, they vote their *identity.* There’s a whole complicated explanation for that, but Governor Schweitzer described it just perfectly in this paragraph: “They look up there and say, ‘That guy’s a straight shooter. If I wasn’t so busy bowling and working and fishing, and if I had time to spend on these issues, I bet I’d come to the same conclusions that that guy would. But it’s a good thing that he’s doing all that studying and stuff, because I’m busy fishing and bowling.’ ”

Love it! I think that’s exactly what we need – both that dynamic between candidate and voter, and candidates with the ability to explain a complicated phenomenon in voting behavior in two simple sentences, using words a third-grader could understand. I look forward to seeing what else this guy can do.

And with this interview as the first installment, looks like the Life of the Party series could be one to watch.